Substitution of plastic with paper: tokenism or a clear movement in the market? 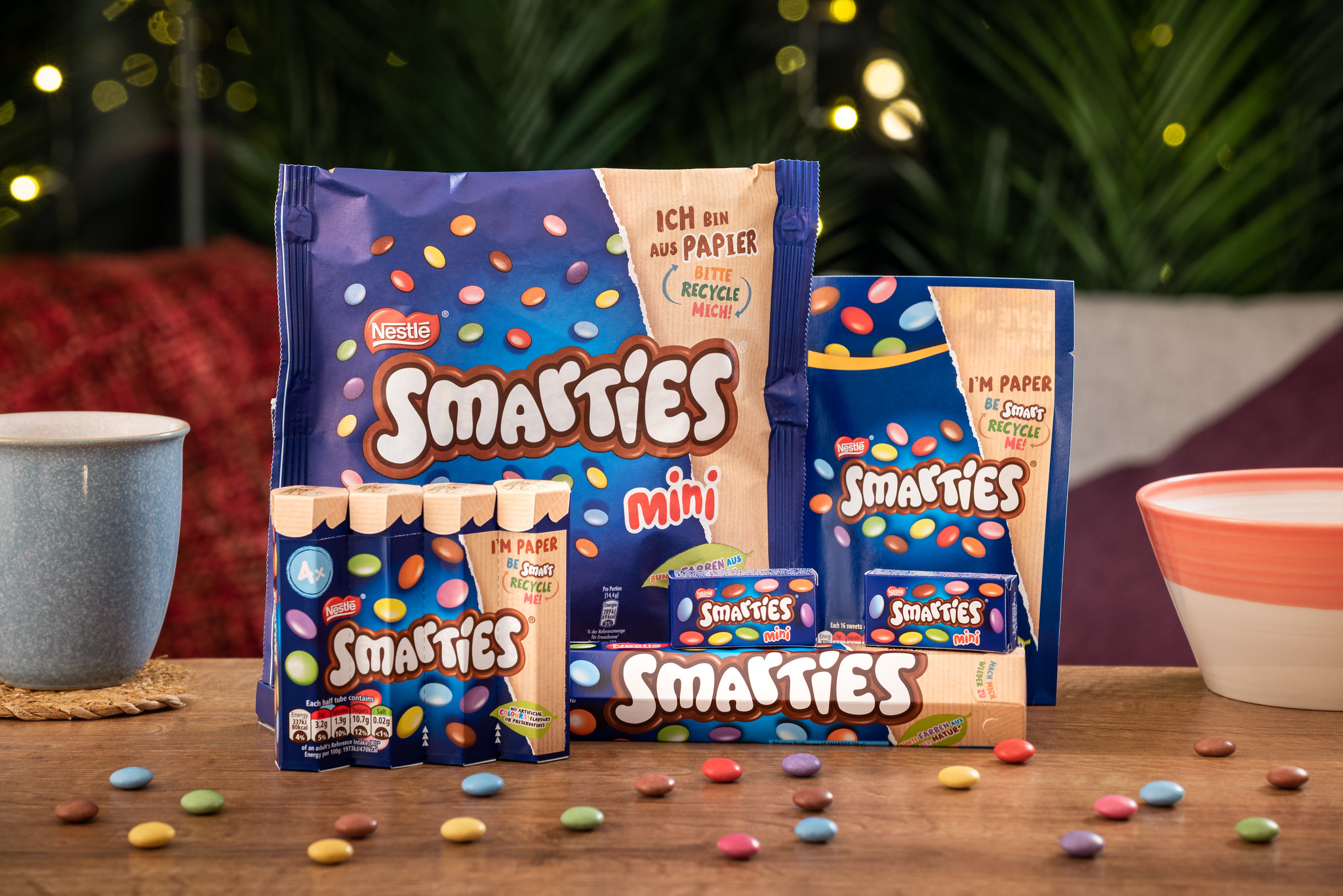 Substitution of plastic with paper: tokenism or a clear movement in the market?

The trend to substitute plastic with paper is picking up steam. The movement is not tokenism, but evidence of a clear strategy. For Nestlé, Smarties in paper are just the first step. Other brands in the portfolio will follow – just like the market as a whole. But the second arrow in Nestlé’s quiver is also interesting: investment in a circular economy for plastics.

FMCG giant Nestlé is now packaging its Smarties in paper. The colorful chocolate bits are just the first step. Other brands in the portfolio will follow. The substitution of plastic with paper is not tokenism, but a conscious sustainability strategy. The new Smarties packaging is an example of a clear shift in the entire market. Other brand manufacturers are moving in the same direction. It is interesting to note that Nestlé is at the same time investing massively in the circular economy for plastics.

Details of the switch to paper
According to Nestlé’s own information, the switch to paper packaging is costing the company around ten million euros. The production changeover affects the only European Smarties plant in Hamburg. From there, more than 50 countries worldwide are supplied. According to the company, the fibers for the packaging come from responsible cultivation. Consumers can dispose of the empty packaging via the waste paper cycle. In total, the conversion saves more than 191 tons of plastic annually.

The big sustainability picture at Nestlé
Smarties is the company’s first global confectionery brand to switch to recyclable paper packaging. But Nestlé says that’s just the beginning. By 2025, the company aims to make all packaging recyclable or reusable. It also aims to use one-third less virgin plastic by the middle of the decade.

Investing in the circular economy for plastics
Substituting paper with plastic is not the only arrow in Nestlé’s sustainability quiver. The company is simultaneously focusing on the “development of environmentally friendly packaging materials” and on “the further development of well-functioning collection, sorting and recycling systems.” Nestlé says it will invest two billion Swiss francs in a “circular economy for plastics” to achieve this.

The world is turning towards paper
The dominance of paper as a packaging material has become a clear movement in the market. It is a movement that is only just beginning. Parallel efforts to create a functioning plastics circular economy indicate that plastic substitution is not locked in for eternity. For now, however, the die is cast.