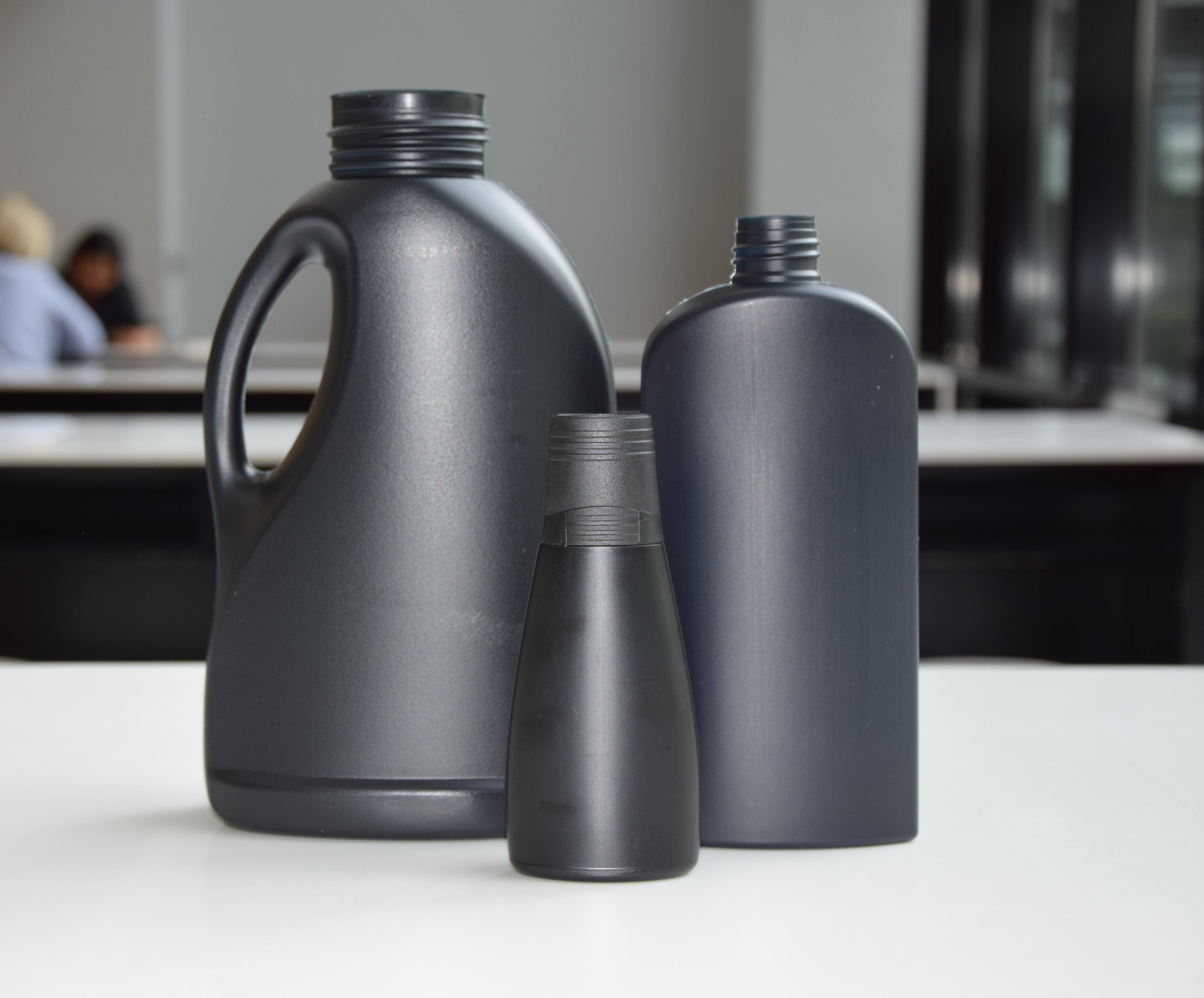 Black plastic packaging was previously undetectable in recycling sorting systems. They could not be sorted nor recycled. Through innovations, Unilever and Henkel are now also recognizing black packaging – giving them a new value as a secondary raw material.

Black plastic packaging poses a challenge for recycling plants. The plants use near-infrared (NIR) technology. Optical sensors use the reflection of light to capture the material to be recycled and sortable. However, due to their dye, black plastic packages cannot be properly identified and sorted by these optical sensors. The corresponding packaging is thus lost for recycling and must – at best – be burned.

Through innovative solutions, Unilever and Henkel have now independently presented black plastic packaging that can be detected and sorted for recycling plants.

Henkel announced in May that it will introduce black bottles for its toilet cleaner brand Bref. The conversion of further Henkel products will take place later this year. Henkel developed the solution together with its supplier Ampacet, a global masterbatch producer.
For Henkel, the development of recyclable black plastic packaging is another step in the implementation of its packaging strategy and goals: by 2025, 100 percent of the company’s packaging is expected to be recyclable, reusable or compostable.

Also in May, Unilever presented its new solution, which uses an added, innovative pigment. Launched as part of the Get Plastic Wise campaign in the UK and Ireland, the innovation is being used first for TRESemmé and Lynx bottles.
Unilever has announced that it will provide its solution across industries to other manufacturers.
The company estimates that its innovation will save around 2,500 tonnes of black plastic from residual waste and make it available as a secondary raw material through recycling.
Unilever is committed to making all of its plastic packaging worldwide fully recyclable, compostable or reusable by 2025, and to increase the use of recycled plastic throughout the world.