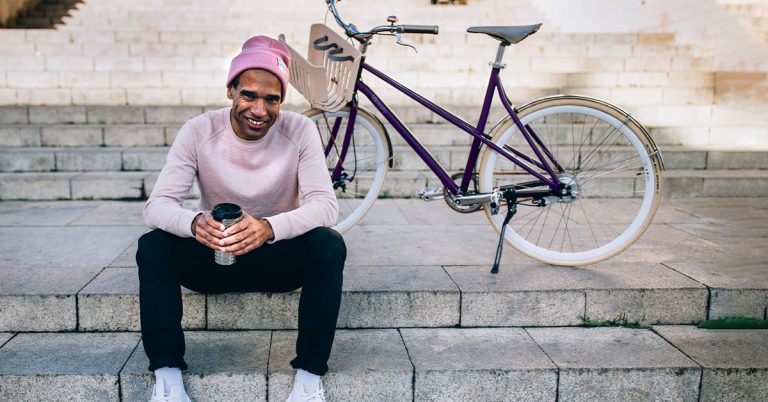 Nestlé and the Swedish bicycle designer Vélosophy are planning a special kind of upcycling: The used aluminium coffee capsules from Nespresso are to find a second life as a frame for design bicycles, significantly called Re:Cycle.

The campaign runs in cooperation with the Swedish bicycle designer Vélosophy. The Re:Cycle special edition is initially limited to 1,000 pieces. The bell comes in the form of a coffee capsule and in the basket on the handlebar are holders for two coffee mugs. The cost of the design bike: 1,290 euros.

Each Re:Cycle bike consists of 2.000 coffee capsules. That sounds like a lot. And yet all 1,000 Re: Cycle bicycles end up with only 0.025% of the world’s annual coffee capsules consumed. It would theoretically have to be 4 million wheels, if one wanted to keep all the coffee capsules in this way in the material cycle.

However, the marketing initiative is a good step in the right direction. In order to achieve more in the end than just an image campaign, the sustainability aspect of the packaging has to be thought through, planned and implemented holistically from the very first product idea.

That is precisely our mission at B+P, striving to assist companies in becoming fit for the circular economy, especially regarding their processes and communications, as well as their packaging. Sustainability is part of our DNA and is our passion. We would love to build on your thoughts and talk about it. We are looking forward to hearing from you.